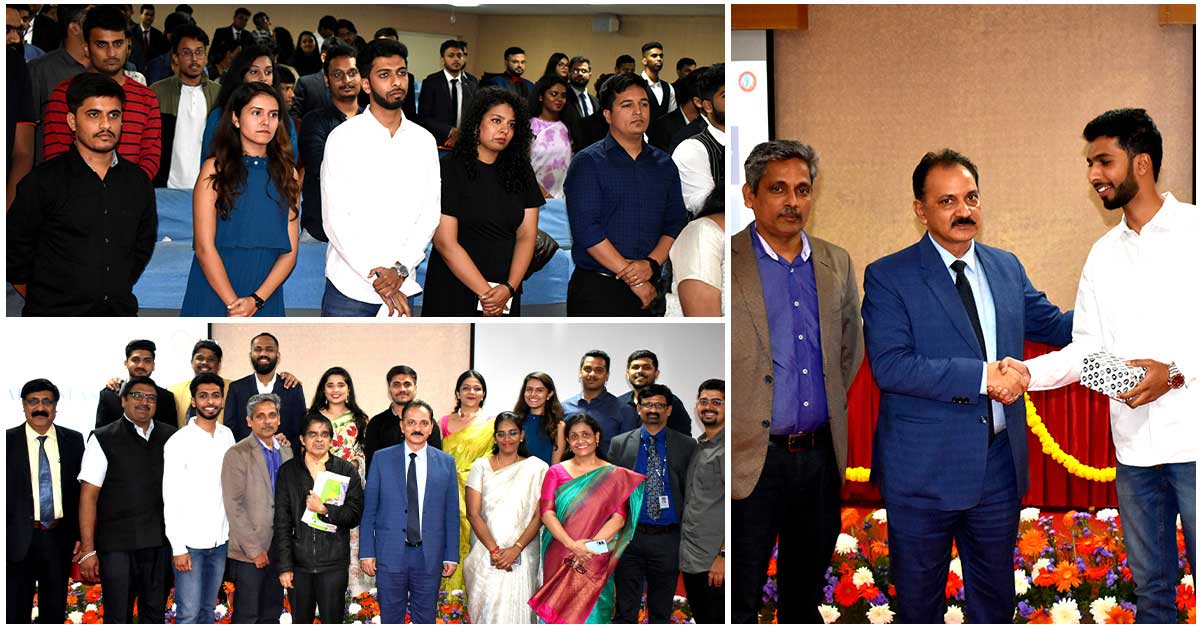 On November 5, 2022, the MIME Alumni Association (MAA) held its Annual General Body Meeting for the year 2022 at the MIME premises.

All of the MAA office bearers, faculty, staff coordinators, and the Director of MIME lit a lamp to ceremonially start the meeting. Ms. Deepika, a first-semester PGDM student, offered the invocation prayer after the lamp was lit. The lamp lighting event followed the welcome address by Professor A Sakthivel, the Faculty Coordinator of MAA. Welcoming the gathering, Professor A Sakthivel wished Milan-2022 to lead purposeful and productive deliberations.

The deliberation was set in motion by Dr. Jitendra Kumar Mishra, Director of MATS Institute of Management and Entrepreneurship (MIME), through his keynote address. In his address, Dr. Mishra urged the members of the MAA to constantly think and act to create a family culture so that MAA creates value both for the alma mater and the alumni. Additionally, he urged the alumni to gradually broaden the scope of their involvement so that MAA develops into a dynamic, socially conscious, and responsive organisation. Dr. Mishra emphasised the MAA's metamorphosis into a platform for problem-solving with its dynamic approach when outlining his vision for the MAA. He wished the MAA members well in all of their endeavours.

The deliberations of the MAA began with the presidential address by Mr. Mohammed Ozair Pasha, President of MAA, wherein he recounted the journey of MAA so far. He thanked all the members and office-bearers for their whole-hearted cooperation and efforts. This was followed by the presentation of the secretary’s report of MAA by Mr. Varad Puranik, the Secretary of MAA. The report highlighted the efforts put in by the association during the past year, 2021-22. Further, Mr. Varad Puranik shared the road map in the form of planned events for the forthcoming year.

The presentation of the secretary’s report followed the conduction of the office bearer election for the year 2022-23. During the general body meeting, all the newly elected office bearers were felicitated by Dr. Jitendra Kumar Mishra with a memento.

During the deliberations of Milan-2022, the following decisions were made:

The meeting witnessed value-adding contributions by the audience consisting of members of MAA from previous batches, faculty, and staff.

Below is the list of newly elected MAA office bearers for 2022-23 along with the list of founder members and advisors of MAA.

Founder Members and Advisors of MAA